Fight Together with your friends both inside and outside of VR. And with full support for Rift, Vive, and Mixed Reality, everyone can take part in the fray.
Choose between five Grinder chassis, each with their own unique strengths and weaknesses. Then, deck your Grinder out with an array of devastating weaponry that caters to your preferred play-style. Finally make sure you’re looking your best for team VOIP comms with an assortment of headgear styles earned by proving yourself in the field.Stave off those solitary moments with full bot support across all modes of gameplay. Whether you’re filling some empty seats on your server or honing your skills offline, our competent bots will gladly fight with or against you in epic battles. 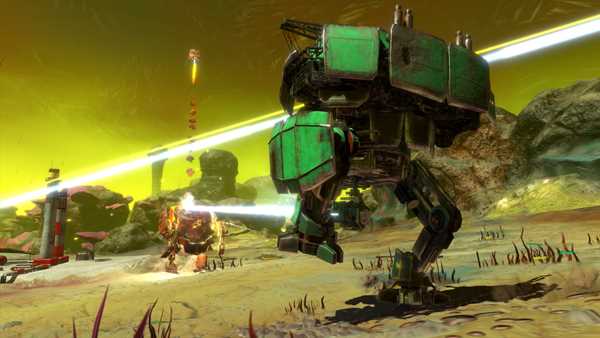