Granblue Fantasy Versus does have a gacha system but obtaining currency for it is strictly done with in-game activities only. There is no way, shape, or form that suggests or advertises that actual real-money can be used to purchase the draw tickets used for it. The only way to obtain them is through story progression and completing RPG Mode achievements. Unlike the browser game, GBF Versus’s gacha only yields weapons – no new characters will join you if you happen to roll a new one. Some weapons do unlock weapon skins that can be used outside of RPG Mode, but they’re cosmetic-only additions that do not add any sort of stat or range advantage to characters when fighting in the other modes.

Each Skybound Art corresponds to a skill that the character is able to use in the main Granblue Fantasy game. Each skill can be triggered with a simple button press, but the player will have to wait for a short period for the used Skybound Art to cool down before they can use it again. However, if the player uses a more advanced combination of movement and button presses to launch the attack, the cooldown time on the skill will be shortened. 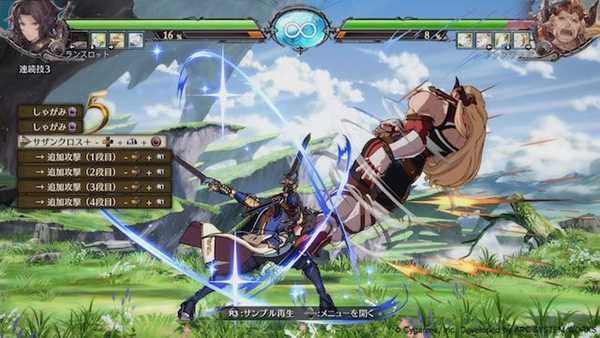 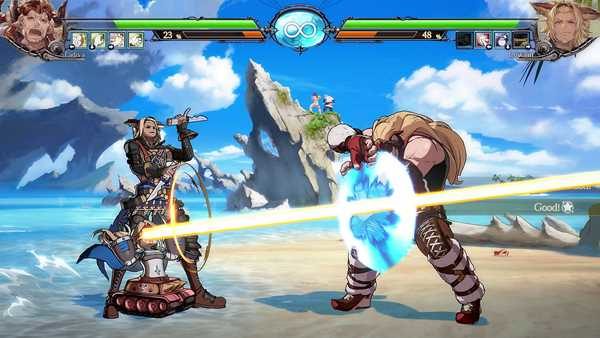