The Shadowlands will feature five major zones – Bastion, Ardenweald, Revendreth, Maldraxxus, and the Maw. In the center will be the city of Oribos, which functions as the main player hub similar to Shattrath City in Outland in The Burning Crusade or Dalaran in Wrath of the Lich King and Legion. There will be four new dungeons for leveling, four more at maximum level, and a new raid. In addition, a new roguelike “endless dungeon” called Torghast, Tower of the Damned, will be introduced for both solo and group play.

We’ve adjusted the experience curve to make it faster than ever to prepare for the newest challenges, and each level along the way will provide more meaningful increases in progress and power. All expansion zones are getting more flexible, too; they’ll be able* to scale to you and your friends while you level to 50, so it’s easy to try a zone you’ve never played. 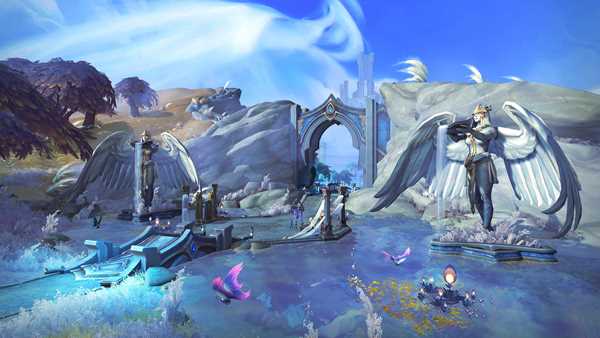