The game’s purpose and method of playing are somewhat oblique; what dialog is presented to the player is generally of an undecipherable language though selected characters or words will be legible in the player’s language that may hint towards puzzle solutions, and some of the items that the player will find are pages that make up the game’s manual.
Tunic is played nominally in an isometric view, allowing the player to maneuver their character, an anthropomorphic fox, around the game’s world, interacting with objects and fighting enemies; if necessary the player can switch to a more top-down view in combat. 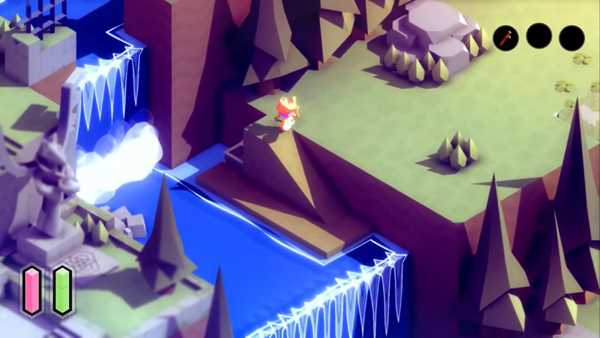 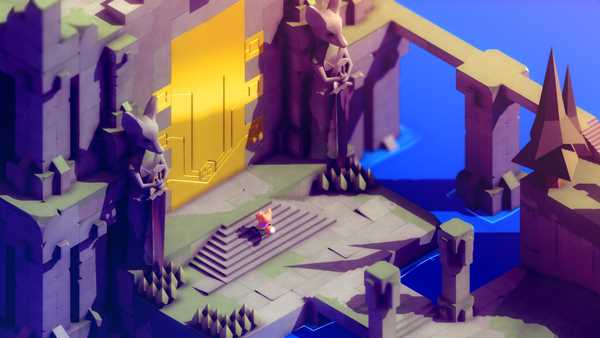