Pharaoh: A New Era is being developed with all-new code from Dotemu and Triskell Interactive who brings all-new 2D graphics with brand new UI and improved mechanics to the game, and will include the 2000 expansion, Cleopatra: Queen of the Nile. Packing more than 100 hours of gameplay, Pharaoh features 53 missions and a full map and mission editor, making the classic an immediate must-have for 2021.
In Pharaoh, your job is to manage an Egyptian settlement on the Nile. As in the Caesar games, the object was to optimise the placement of housing, recruitment facilities, production and supply lines, and entertainment in order to make the best use of your given territory. You’ll have to plan your agriculture around the regular flooding of the Nile, and produce crops and products that sustain your city or make for attractive exports to neighboring areas. 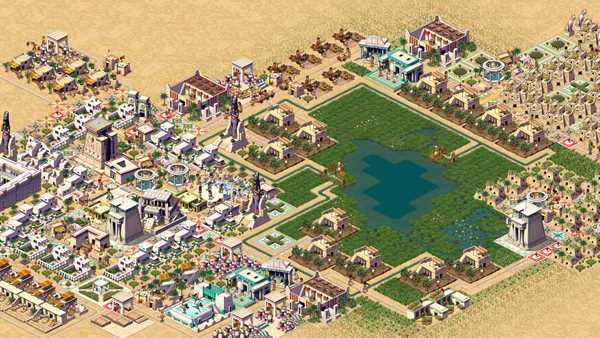